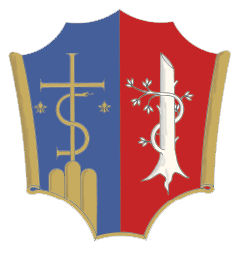 The United States Foundation
The U.S.-based Monks of Norcia Foundation is dedicated to supporting monks of the Benedictine Order and has supported the life and growth of Benedictine monasticism in Norcia since its inception of 1999. Under the direction of lay men and women, the Foundation has contributed  to the daily needs and long-term development goals of the Norcia, Italy-based Monastery of San Benedetto, whose monks guard the legacy of the founder of the Benedictine order and father of Western monasticism, Saint Benedict (480-547), in the city of his birth.

Since receiving recognition of 501(c)(3) tax-exempt status from the U.S. Internal Revenue Service in March 2000, the lay officers of the Foundation have met annually to propose various ways in which the funds at their disposal could assist the monks of the Benedictine Order, including the religious mission of the men in Norcia, by providing, for example, meals, bedding, warm blankets, new monastic habits, vehicle costs, and medical expenses.

​Since 2016, when a series of powerful earthquakes struck central Italy and destroyed the old monastery, the Foundation has increased its support to the monks who have relocated to the mountain outside of town to construct new buildings that can withstand any eventual earthquakes. The Foundation examines the monks’ proposals and also provides guidance as to how the monks may best bring about their plans to fruition.